Have you ever tried being a part of a Filipino New Year’s celebration where you see a delicious banquet with white discs served in one corner? These are called “Palitaw” derived from the word “Litaw” meaning “to float” or “to surface”. This Palitaw Recipe, commonly served in New Year’s since it is believed to help the luck to “float up” or show up. This belief came from how Palitaw is cooked in boiling water and floats up when ready. After the sticky rice discs emerge, they are coated with sugar or other flavorings.

Similar to how kids love cotton candies made from portable cotton candy machines, kids also like these kinds of work and would even help their mother lose a bit of cooking load. After shaping, the Palitaw is laid out on banana leaves, not plates, to prevent them from sticking. Sometimes, instead of flattening out the glutinous rice flour dough, they are kept as balls and added to “Ginataan”, a sweet coconut milk-based dessert.

Making Palitaw is very simple. The main ingredients of Palitaw are Glutinous Rice Flour and Water. The amount of water should just be right to form a pliable dough that is not too dry or not too runny.

Adding more glutinous rice flour or water can adjust the consistency of the dough. Shaping the dough is easy since you will be working with clay-like dough. In most Filipino household, the size and shape of the palitaw do not matter.

But the standard shape is a flattened ball not bigger than the size of the palm. Once the Palitaw is shaped, they can be cooked in boiling water. They are ready after they start floating and look almost translucent. 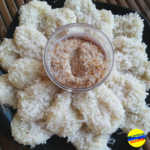 ave you ever tried being a part of a Filipino New Year’s celebration where you see a delicious banquet with white discs served in one corner? These are called “Palitaw” derived from the word “Litaw” meaning “to float” or “to surface”.

The cooked Palitaw is really sticky when taken out of the water. Some people like to serve the palitaw on the plate as they are, but this makes them tend to stick together or on the plate. To prevent this, sugar, toasted sesame seeds, or toasted coconut neat shreds are used to coat the palitaw. These also give them a variation of flavor along with the chewy texture. 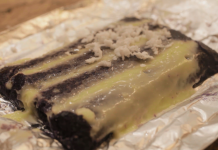 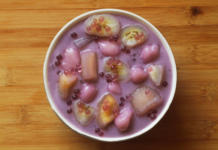 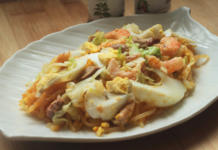 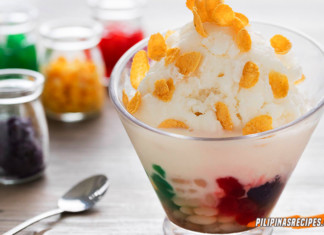